Tennear is not your typical artist, dubbing her music as urban rhythmic pop. Tennear is not afraid to carve out spaces that have not yet been created for her.  This can already be shown by the record label she is currently residing at:  Slip-n-Slide Records, home to artists such as hip hop heavy weights Rick Ross and Trina.  Despite being the only singer of her kind on the label, Tennear was very quickly able to turn her label mates into family. And that perhaps is the allure of Tennear, she has the ability to  draw you into her world and make you feel comfortable – as if you were always meant to be there.

“I honestly try to take every situation as a big win for me because, I feel like I grow from each one, you know? ” Teenear tells us. Each sentence she speaks carries an air of grace and intention which effortlessly translates into her music.

Throughout the interview Teenear exudes an undeniable strength and resilience cultivated by her faith.  And it is clear that this is the guiding principle that  has allowed her to manoeuvre powerfully through the industry- pushing the representation of what it means to be a black woman in music.

For those of us who don’t know who Tennear is, who are you? How would you describe yourself?

I was born and raised in Miami Florida and I am a singer/songwriter signed to Slip-n-Slide Records right now.

Could you tell us about your single ‘Free’ , it’s very powerful. What message did you want listeners to take away from listening to that?

‘Free’ was actually a record I had recorded over a year ago. I remember just everything that record made me feel and the climate the world is in right now… I just felt like it was a good time to put it out, because I know the record is about freedom and I feel like right now a lot of people need motivation, they need to feel inspired, they need to feel powerful within themselves.

When I just go back to thinking about where I was when recording that record. I know that I wanted to  be released from a situation, I felt was holding me back from being everything that I am supposed to be. I want people to feel that when they hear the record and just feel power and freedom from it.

What situation was holding you back?

The original record was ‘ Girl Be Free’ instead of ‘Go Be Free’ and females we go through a lot of different things whether it’s in our careers or relationships. For me it was a toxic relationship that I wanted to free myself from and once everything started happening I decided to flip that and make it a record everyone could relate to. Not just my females, even though I’m like 100% about women empowerment and we just flipped it so everyone could feel that freedom.

Tell us about your other single ‘Come See Me’?

Come See Me is a record I put out probably like a week into quarantine. I ended up doing a challenge on it. And it just did amazing. Like I got so many people to do dances to my record. And it was just a great feeling because I literally put that record out and immediately not even a month into it. There was like thousands of people sending me videos and that felt really good. It was really great! It made me feel amazing! It definitely upped my spirits during quarantine!

What are your current thoughts  on the black lives matter movement and what do you think it means for artists such as yourself?

Right now I’m really happy that people are doing it. I’m happy it’s something that is still holding so much weight. At first I was kind of nervous because you know how the world loves to have little trends and it’s gone after a week or so but I’m happy we’re actually making a bigger voice behind it and it’s sad that it had to come out of such a bad situation with George Floyd.

But I’m happy it’s being spoken about, because me as a black woman and in the music industry as a black woman. I don’t think it’s right that I have to live in a way that I have to kind of be scared. We shouldn’t live scared and I know when it comes to Ahmaud just running, that’s something I do all the time and he’s just living. When it comes to Trayvon just going to the grocery store, they are literally just people living their lives and we shouldn’t have to feel scared to live, that’s my biggest thing. We’re all just living, we are all people and we should just be treated as people. 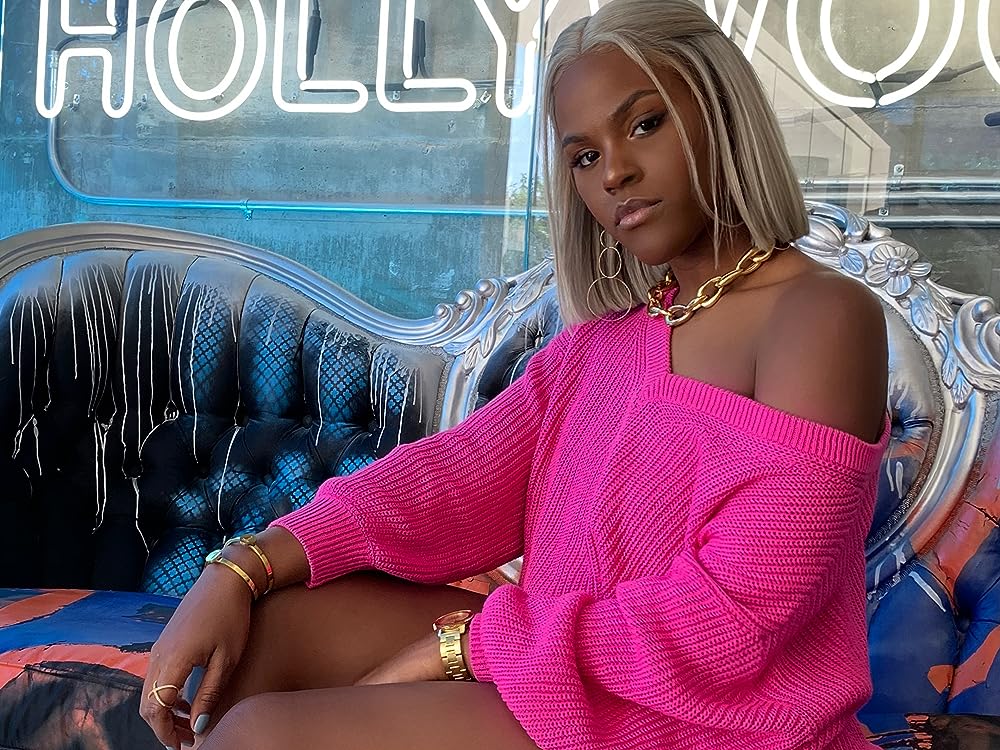 With black artists do you think there should be some type of responsibility to speak out?

I feel like in a sense there is a responsibility but mainly because we’re black we should be speaking for ourselves. It’s kind of weird not to speak for yourself!

I definitely can understand where this is such a sensitive topic it can be scary to speak on because people can take your words and flip it however they want. So I can understand when people don’t say anything. But I do think it’s something that when you get that sense of being afraid you have to just dig deeper into yourself.

For me personally before releasing this record. I was nervous about it but I sat back and thought about myself and I prayed and asked God to help me throughout any interview I have to talk about this. Help me throughout just explaining my part or my side.  That’s what’s got me going and what’s kept me going, it’s taken me out of fear and also my record which is about freedom. There is no fear in freedom you know what I mean? I think it’s a personal thing!

Have you experienced racism within the music industry?

I know when I started singing, I was doing pop music but immediately just because I’m a black girl singing they were like oh this is an R&B artist.  And I feel like they do that with every African American female. Recently in 2018 I would say was when I first put out an R&B record. Before that, everything was pop (but) that was always something they labelled me as.  I always spoke on it but that’s something….. it’s not racist but it kind of is! It’s kind of just like putting a face on you that’s not you and that’s the only thing that I would say has been an experience for me in the music industry.

How would you describe yourself as an artist in terms of the music you make?

When it comes to me and creating things I just love music in general so whatever I am feeling in that moment, whatever vibe I’m getting in that moment is what I use to create. I don’t necessarily think every record I have to do has to be R&B or has to be pop. I just love music. ‘Free’ is technically a Motown record. It’s not R&B but people are going to say that anyways and I’m ok with it because now I am doing R&B. I just love music and I’d never want to be stuck in a box where people place me as one genre or just one thing in my career because I plan on making it so much bigger than just music as well.

What bigger things are you planning to do?

I love acting, musical theatre was my first passion. I was doing that all throughout school and that’s something I plan on venturing into eventually in the future. And just acting in general. 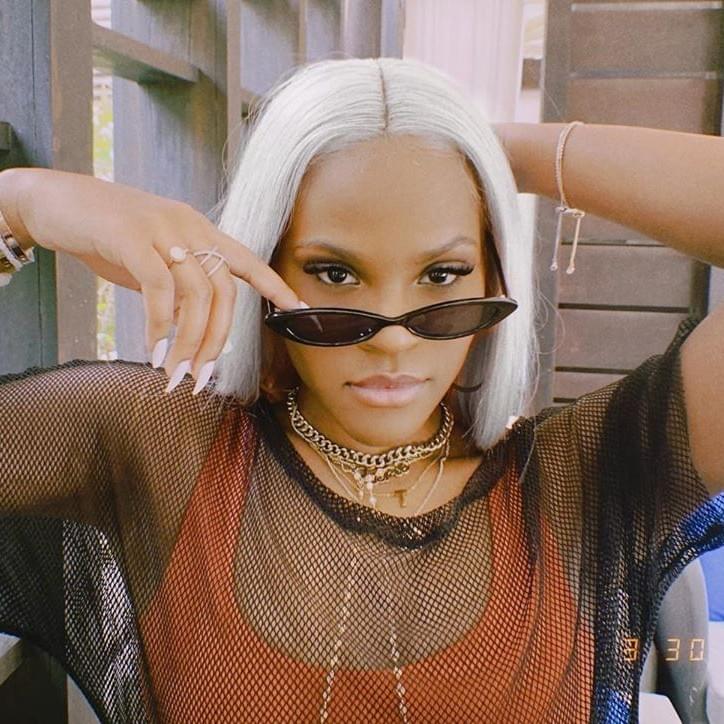 What do you feel  has been the positives and negatives of having social media in this age as an artist?

A lot of people don’t necessarily look at art anymore. That’s something I feel, like it’s more a whole followers thing that’s going on in the music industry and and in other industries.

Do you feel like there is pressure to show your personal life? At the moment  it almost seems it’s about the personality as well as the artist.

I don’t like social media because of that to be honest.  When it comes to my personal life, I don’t like just being out there and just expressing it on video. I think that’s why I’m an artist, I could put it in my music and be okay with it. But when it comes to  actually having to do that on social media, it is a little weird for me, especially coming into quarantine  and knowing that social media was all they had freaked me out! But I’ve been growing into it, and I’m happy that we had quarantine to let us reflect on ourselves.

How do you stay true to yourself and your art? Do you feel pressure to conform to a certain image as an artist?

I do feel that pressure all the time. And I think just me, having my faith is what keeps me the way I am because it’s very easy to just say, Oh, no, I have to do this. I have to look like this. I have to say this, I have to wear that. But just  having my faith and knowing that, first of all, God’s timing is the perfect timing.  Everyone has their time and right now just may not be it.  I don’t have to get out of my character to become who they want me to be.  I try to think that way, where it’s like, I don’t have to be like the next person because eventually it’s just gonna get boring. It’s just a trend. And trends don’t always last.

I feel like it all comes down to you just standing firm on what you believe in. And, yeah, that’s what I try to do for myself, like 100% stand firm on the fact that this was something God gave me and there’s a purpose behind it. And at the end of the day that purpose is going to be lived out if I do what I’m supposed to do.

Who are your musical inspirations?

I love Mariah Carey. She’s like one of my favourite singers, I love Aaliyah. But my top influences would definitely be Beyonce, Michael Jackson not just because of their music though. I feel like they’ve just created this huge brand. And that’s something I want to do at the end of the day. I want to make a brand for myself. And like I said, I want to venture outside of music and just create something bigger than me and my music and looking at them really inspires me, it  does a lot.  I haven’t met any of them, but I will one day.

What’s next for you?

I will be putting out a lot of singles soon, my next single should be a record called ‘Special Attention.’ And I’m really excited about that, it’s definitely a more mature record. And I’m excited to have everyone hear it. It’s really just going to be more records doing what I can in quarantine, more content, more visuals.

Is an album in the works?

I actually did my whole EP and I was preparing to put it out this year. And then quarantine happened and it kind of just stopped everything but 2021 I’m gonna be putting out my first EP. I’m claiming it, I’m excited!

You can find out more about Teenear