If you haven’t heard of rapper Lavida Loca get ready to hear her name this 2020. Lavida Loca is steadily rising to the top of the UK rap game. With her unique blend of street rap, the Malawi born artist’s raw take on story telling has made her singles  “The King’s Back” and “No I.D” garner a lot of attention in the music industry.

There is no denying that Lavida Loca is carving out a lane for herself in the controversial yet popular genre of drill. Having recently released her new single ‘I Been‘ Amor Magazine caught up with the 21-year old new-comer to find out what’s in store for her this 2020.

You have a great name! What is the inspiration behind this?

Well people have always called me Lav or little Lavi, so it’s a spin on my name as in Lavi (me) Da (the) Loca (CRAZY) and I do also live the crazy life so that too!

You have recently gathered a lot of attention off of the back of your singles, ‘No ID’ and ‘The King’s Back’. How does it feel being thrust into the spotlight?

It’s definitely been an amazing journey so far. I’m appreciating all the love and support, I’m getting a lot of it so yeah it’s started off well!

Tell us about your new single ‘I Been’.

It was produced by Bayoz Muzik, long time Giggs collaborator and he already has his own individual type of sound, which is sick! I heard the beat and started writing straight away. CS and I got in the studio together and it was made.

How would you describe your music?

Tell us about your journey to becoming a rapper. What makes you unique as an artist?

Well my journey to becoming a rapper has been crazy! I came out of jail, I was on tag so I had a lot of time on my hands, so I was recording a few videos of me rapping and then I decided to post ‘The King’s Back’ onto my snapchat two months after my release.

Someone screen recorded it, I went viral, got posted on all the blogs, then I released the video onto my channel and from there I just got given a whole bunch of opportunities. Been working so hard and a lot of things have happened for me so quickly! So yes, it’s been amazing.

I’m different from other artists because I have my own individual story to tell and my life’s been like a movie! I then have my own way of putting this into music, delivering my craft and it just means that nobody can rap my bars even if they wanted to. 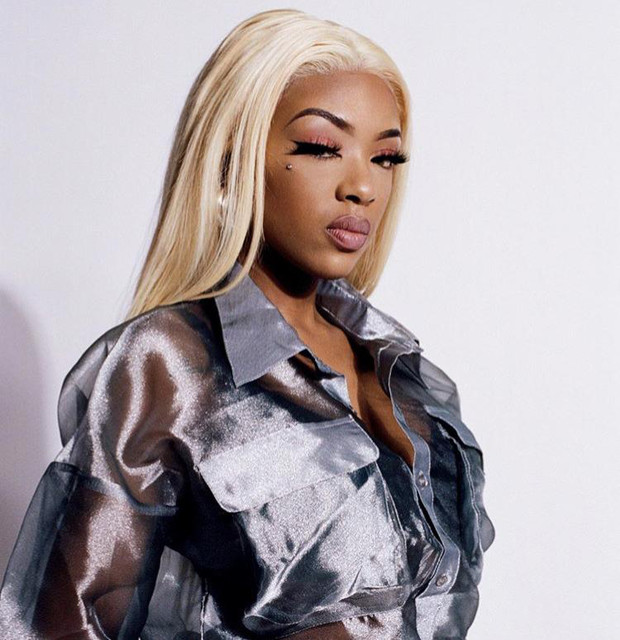 Who are your musical inspirations?

What is your process when writing lyrics?

I just put headphones on, loop the beat and write. There’s not much to it. I’m a perfectionist though, so I delete and re-write a lot when I’m working on something.

You had a short spell in prison. How much impact has this had on the rapper you are today?

It was a few years so yeah definitely not short, I wish! But it’s definitely had an impact on me, not only as a rapper but as a woman. I turned 18 in jail. In fact I spent my prime years there, so a lot of the women around me taught me a lot, which may sound scary or weird but no, they were good to me. I learnt a lot of values and what I wanted for myself, which is why I’m so passionate about this. I definitely have had enough time to know what I want!

Do you feel any sense of competition amongst other females in the industry? How important is sisterhood in your rap career?

Not at all! I LOVE the fact it’s the time of the female right now! It’s a really good time for us female rappers so yeah, I’m supporting my fellow females, man, definitely!

I’ve just done a song with Miss LaFamilia, we shot the video yesterday, that’s coming soon! I saw Shaybo on International Women’s Day, we linked up, I love what she’s doing! I’ve had really lovely conversations with Br3nya and I also see Ms Banks doing her ting! THERES ROOM FOR US ALL! FEMALES ARE ABOUT TO TAKEOVER THIS THING!

The world of rap tends to be male dominated. Have you been impacted by this in any way coming into the game as a female rapper?

Nope not at all! I’m just as good, if not better than some of these males. I’m not worried about that. The gender thing doesn’t matter to me.

What does ‘selling out’ mean to you and do you feel any pressure to do this for popularity?

The ONLY type of ‘Selling out’ I wanna hear about is my worldwide tour when every date on that calendar is SOLD OUT. I’m too solid to sell out any other way, we don’t play that!

Number 1’s and top 10’s. The whole world knowing and loving my music.

Are there any assumptions made of Lavida Loca that you wish would disappear?

People have a bunch of assumptions about me before they meet me! I think people expect me to be very hard faced and hard to approach, but I’m so friendly!

In what ways do you hope to use your platform for?

There’s not much help supporting single women in poverty. I realised that a lot of women in prison were actually homeless or came from poverty stricken backgrounds. Women are soft, gracious, majority of them don’t actually want to commit crime, they want help, help that doesn’t come in the form of a man that may have more intentions for you. There’s a lot of things I wanna use my platform for. I’m going to be a voice for a lot of women who don’t have one… but they need to hear me louder first!

Who would be your dream collaboration?

You recently appeared in the GRM Daily film about Drill. What are your thoughts on females doing Drill in the UK?

It’s amazing more and more females are jumping on Drill! Showing us women can do it too! I love it!

What’s next for Lavida Loca?

Two new songs out this month. My EP comes out in April and I’ve got a few performances coming up. I’m going to be at the Love Saves the Day festival!

What legacy do you want to leave in the industry?

The girl who was told she would be in and out of jail her whole life, not only changed her life, CHANGED OTHERS!

Building Fitness After a Knee Injury

Summer Style Trends to Look Out For in 2022