Efya is nothing short than a force to be reckoned with. Hailing from Ghana the singer -songwriter has a gift of bringing soul to every song she touches.  A quiet storm; the self -proclaimed neo-soul artist has powerfully manoeuvred her way through the industry  influencing others through her unique soulful style, intertwined with African Music. The result has been seven Ghana Music Awards, two City People Awards, a Best Female nomination at the 2014 MTV African Music Awards and an Artist Of The Decade nomination at the 2018 VGMAs.

Not one to shy away from a collaboration Efya has made this one of her superpowers as an artist; understanding the power it has to cross borders and rise up African artists onto mainstream platforms.   Efya has collaborated with faves such as Mr Eazi , Sarkodie  and more recently Tiwa Savage in her latest single ‘The One.’ Fresh off of the release of her new track, Amor Magazine sat down with the African Soulstress to find out  about her new single and hopes for the future.

On new single ‘The One’ and how the collaboration with Tiwa Savage came about:

First of all Tiwa and I have been friends for a very long time, almost nearly 10 years since we’ve been in the industry doing shows between Ghana and Nigeria internationally. Even at the Barclays Centre for the first One Africa show.

So we’ve interacted a lot over the years but we were finally  in the same space with Black Jersey in Ghana, on one of the Decembers they were here for shows. We were making the music, it was dawn and she had just woken up and we started making the song and she heard it. She woke up and she was like, What is that? And she loved the sound and I was like – you should do a verse for it and she was with it, so that’s how it really came about.  We were basically in the same place catching the same vibe!

So how would you describe the music that you make?

It is a mixture of different stuff because I am a very versatile artist. Sometimes it’s a big crown on my head because when you can do so many different things, you’re not sure which one you’re good at. But I’ve been blessed to be able to differentiate between the genres, though I would say I’m a neo -soul artist. Yes my sound is very, very soulful!

Do you sometimes feel you get pushed into the genre of Afro beats?

I see it. But what happens when I get on stage you see the difference. When I get on stage I do all the things that I am capable of in all the ways I am capable of doing. I will sing an African song. I will Jazz it up. I will take an African song and make it as soulful as possible so when you see me on stage you see my diversity, then you understand I am a full blown artist, that’s not just subjected to the African style.

I think it’s beautiful, because then people get to experience another side of me, which is awesome. I’m amazing on stage. I love it!

You have collaborated with a lot of artists such as Mr. Eazi, Sarkodie is there anyone else that you wish to collaborate with?

Yes, definitely, Yemi Alade is one of my favourite female artists in Nigeria apart from Tiwa. She’s definitely somebody that I’m looking forward to working with and H.E.R. I also love Stormzy. Jazmine Sullivan now she’s somebody that I really love. So, just a lot of people I’d like to collaborate with honestly, I’m sure you know, as soon as the borders open, I’m coming to the UK to do as much as possible and I can’t wait!

How important is collaboration for you as an artist?

Very, very important. I believe that it is the way in which we are going to cross borders. Meet other artists and be able to infiltrate into other countries and their music and the different genres. And it’s something that I really love doing because when I meet different artists, I learn so much from them, and I love them!

So it’s something that  we should encourage, especially among new artists, you know, sometimes I know it’s a little pressure and maybe you feel weird, like reaching out, but when I want to work with an artist, I send them a DM! I’d be like, yo, we should work! I think it will help especially with African music because of where it’s going and how powerful  it is.

On Beyonce Black is King backlash:

I’ve heard about it, but what I also heard was she got  African directors, African photographers, people to be involved with it. And I think she’s somebody that loves Africa wholeheartedly, I wouldn’t know personally. But she has put us on the map in such ways to show that she does love our culture in one way or the other.

See, the way the Western people see us. It’s been established in their mind for so long that if we keep showing them those things, that’s what they see. I think it’s time we started showing them how we are now. That’s why you know, when we make videos, and we’re riding Ferraris, we are in our Bentleys and we’re in our big houses and we’re like wow, this is Africa. This is Africa. Africa is rich in culture, and rich in a lot of things! 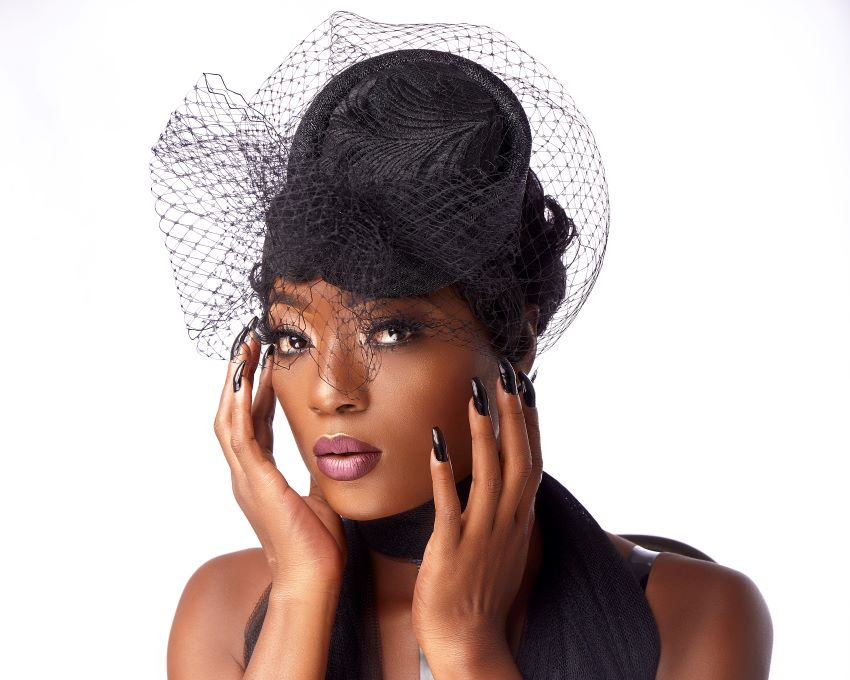 Have you faced any challenges being a women in Africa making music?

I don’t think it is an issue. But what I think is that females need to collaborate more with the guys who are big. In this sense, they get to show what they can do on their platform, which means that everybody that loves them gets to see what they can do. And if and when you do that, it shows the other people what you’re capable of doing. And this is why I talk about collaboration a lot, because it’s a male dominated industry, but we have amazing women in the industry too! And I believe that collaborating with the men who has gotten to higher levels will definitely increase the level of people that see us, the people that hear us.

Could you tell us a bit about your humanitarian work?

I work with Awals Foundation for a lot of homeless kids,  so we go out and help as much as we can. We work with different charities. Sometimes you get invited from other celebrities and other artists, who wants us to help out with Breast Cancer Awareness.

My mum and I we work with women who have been abused and women who need help. A lot of women get abused in Africa. And sometimes the attention is not on it as much as it should be. And I feel like a lot more women in the industry should support this cause in particular because it involves us.

So we work in collaboration with Dosu  so that we help these women as much as we can through charity through putting them through school, stuff like that. Hopefully we can set up our Efya foundation where we work with other people and NGOs to do more.

What are your thoughts on the current Black Lives Matter movement?

I can only pray because you know, I’m here in Ghana. I go to the States a lot. So I know how it feels like to be pulled up by a white cop and be very, very, very scared just because you’re black. And it’s crazy that we’re at this point in 2020, where so much has happened and so much has evolved. That we are still that behind is crazy! So I hope that black people will come together and stand for this particular right that we have been fighting for, for so long. And I hope that at least this time something’s done about it. That will solidify our confidence in the fact that we are free. Because I feel like we still feel like we’re not free. And that sucks. I hope that something does change!

Do you think there’s any role for artists in Africa to play in this whole movement?

Yes, I believe that we should stand strong and stand firm in what we believe in.  And spread our  culture as much as we can to let people know what the real Africa is, instead of what they think Africa is because some people think we don’t use iPhones and that.

But I feel like us who have the exposure and who have the ability to spread the word should be loud, as loud as we can to show the Africa that we know to the whole world so that they know that we are serious. And we love our culture. And we are the people that we are because of everything that has gone on. And we are not going to  back down now, because we didn’t back down then.

And I believe that our voices should be stronger. And as much as we can; do the music, do the Twitter, do the Instagram, let people know that we are not stepping down! We’re gonna be stronger and we’re going to be louder than we were before. And I think that is what we need to do.

What do you think your superpower is as a woman?

Who is currently on your playlist?

Snoh Alegra, local artists. I listen to a lot of different stuff Glaspar, Wavy the Creator, Tiwa,  Remi. I listen to lots I could go on.

Are there any artists in the UK you like?

Stormzy definitely, NSG, Stefflon Don, Darkoo – she’s somebody I’d like to work with definitely and Adele!

So what’s next for Efya?

Waiting for the borders to open so I can come to the UK and do as much as I can. Shoot videos, collaborate, do some interviews and then working on an album, putting together content for an album. We’re looking forward to an album at the end of the year and many more visuals.

Do you have a name for the album yet?

No not yet we don’t have a name for it, we had a working title for it but it switched up. It’s just tricky.

What legacy would you like to leave in the music industry?

I think the whole plan is to make music that lives forever so that when we die, we will still be here so that we will live through our music forever.

Continue Reading
You may also like...
Related Topics:amor magazine, Black is King, efya, Featured, music, The One, tiwa

Alex Mali: 5 Tracks That Have Influenced Me
The Best Make-Up Dupes On The Market

99 Problems and Back Pain Is One